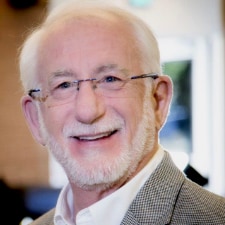 Prescott, Ariz. (January 19, 2021) – The Prescott Unified School District (PUSD) Education Foundation is pleased to announce Paul Kirchgraber as its new Executive Director. Kirchgraber replaces Tami Phillips who resigned the position in December.For more than 25 years Kirchgraber has created and guided teams focused on fundraising, nonprofit management, service delivery and program development. He most recently served as the executive director of the Yavapai College Foundation. During his ten-year service, he helped grow the foundation’s endowment to $16 million, making it the largest endowment of its kind among individual community colleges in Arizona.

Throughout his career, Kirchgraber has served in senior level development roles with organizations such as the University of Southern California (USC), Arizona State University Foundation (ASU), American Red Cross, Make-A-Wish Foundation of America and Special Olympics.

As a former adjunct professor at two universities, Kirchgraber has designed and taught courses in grant writing, public administration and public relations. He is a frequent contributor at national fundraising conferences conducting workshops on a variety of nonprofit topics.

“We are excited to have Paul joining our team. Now more than ever it is important to marshal our resources and attract more funds to support our schools, teachers and students,” said Jenna James, president of The Foundation. “Paul brings the fundraising expertise and knowledge of the local philanthropic landscape that we seek to continue in these efforts,” she concluded.

Advancement and Support of Education (CASE) and the Association of Fundraising Professionals (AFP).

Kirchgraber is a ten-year resident of Prescott having moved here from Phoenix with his wife, Melinda, in 2010. He can be reached at Paul@PUSDEducationFoundation.com or (480) 331-1087 (cell).

Our organization wouldn’t be able to give in the way that it does without the generosity of this community. We hope that you will join in enriching the lives of all PUSD students.